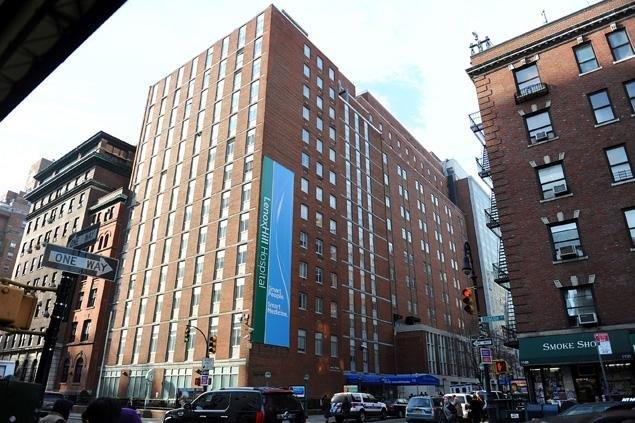 Cauldwell Wingate has been retained as Construction Manager for a series of complex infrastructure upgrades to support Northwell Health System’s (formerlly North Shore-LIJ) implementation of an electronic health records program at Lenox Hill Hospital. The new MEPS backbone and distribution encompasses several projects, including the conversion a disused elevator shaft and other spaces into 20+ new IT Closets across multiple buildings on the campus. New HVAC and electrical systems have been installed, including two rooftop chillers and two air handling units to serve individual A/C units located within each of the IT Closets. Additionally, significant structural work has been performed inside the elevator shaft and on the rooftops to support the new equipment. The project scope was increased to add a new Con Edison electrical service with routing through existing Pharmacy and Computer Room spaces.

Construction occurred in more than 20 locations throughout the hospital, often adjacent to operational spaces, demanding sensitivity and clear communication, thorough planning (including ICRA and PCRA), first-rate protection and safety measures, and precise execution in order to minimize impact to surrounding areas. Close coordination of numerous project stakeholders, including clinicians, the Physical Assets Department, the design team, the hospital’s on-site Engineering Department, the health system’s Safety and IT Departments, and external IT and abatement consultants were required.

Cauldwell Wingate was engaged as the Construction Manager for the installation of a new generator at Lenox Hill Hospital. The project included the installation of a new fuel oil riser, new support steel on the roof as well as structural support on the floors below. The project required extensive protection during demolition and construction. The final system was designed and built to allow for future capacity.